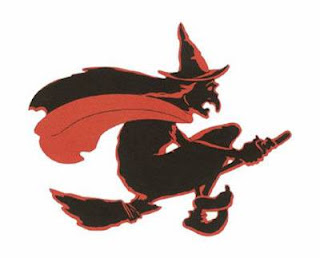 It wasn’t very far to ride to Darkson House, about one kilometre. But because it was on the top of a hill we were puffed out by the time we reached the front gate. The midday sun was at its hottest, but we could feel a slight sea breeze on top of the hill.
‘Now what?’ I asked.

‘First we park the bikes in the gutter. Watch this.’ She bent over and fiddled about with the chain, it was rather loose. Mr Thomas, her dad, had been promising to fix it for three weeks. ‘Lift the back wheel up for me, please.’

I lifted the wheel off the ground, while she moved the chain to one side, then she pushed down on the pedal. When the back wheel turned the chain fell off the toothed wheel at the front.‘What did you do that for, Jodie?’

She smiled. ‘Now we go and ask the mysterious vampires to come outside in broad daylight to fix my bike chain.’

She stood up and walked quickly toward the front gate. It had number 101 written on the dark red brick fence. I took a glance at Darkson House and followed. It was the most spooky house I had ever seen, like something out of a horror movie. It wasn’t so much a house as an old mansion. The gate was one of those massive steel ones with spiked bars on the top, and it was so heavy both of us had to push it before it would open. The gate was black and rusted with weird looking faces of people moulded into the steel between the bars.

The path up to the house was about forty metres long, made of bricks that had sunk into the ground, or been lifted up by gnarled tree roots. The branches hung low over the path, thick and green, making a sort of semi-dark roof that we walked beneath.

Suddenly Jodie stopped, she gave a gasp and pushed against me. She was staring ahead but trying to walk backwards.

‘There! See–a huge spider. It’s hanging in its web.’

‘Ugh! Maybe we should just go home. After all what if the people really are vampires?’

That was the wrong thing to say to Jodie. ‘No way. Pass me that stick.’ I passed across a part of a branch, she twirled it around in the web, the spider ran frantically onto the stick and started up toward her arm. Jodie flung the stick aside and into the bushes. ‘All right. We can go on now.’ We nervously walked along the path looking for spiders at every step. When we came to the end of the trees, I looked up at Darkson House.

It was sinister looking: made from dark sandstone, old deep red bricks and tiles. The wood was painted black and that gave it a bewitching look. It was tall and foreboding. The window frames were made from stained wood, with thick dark red curtains on the inside. The guttering was hanging down, broken, with rusty nails protruding from some boards near the windows.

Jodie kept on toward the front steps. She stopped there and looked up at the huge door, vines hanging down over the entrance.

She nodded. We walked side by side, very slowly, up the steps. I counted them: thirteen. They were old and cracked, and creepers grew over everything. The walls had little patches of green moss on them. As we got to the top step, we brushed against some old leaves. A huge wart-covered toad hopped out near my feet startling us; it was vilely ugly. It jumped deeper into the leaves on the porch.

We stood, trembling, in front of the massive doors. My heart, and I suspected Jodie’s also, was going very fast.

‘Karen,’ she asked, ‘do you believe in werewolves?’

‘Oh for heavens sake don’t ask me now!’ I thought she was trying to tease me. The next thing she would say was that there was one standing at the bottom of the steps looking up at us. I just wanted to get out of the place as soon as possible. I figured if I rang the bell softly no one would hear.

I pulled a rope hanging down. Nothing seemed to happen. I pulled it harder, and this time there was an enormous pealing of bells, like the town hall clock. I jumped back with fright. Then we could hear slow heavy footsteps coming toward the door. ‘G-go on Jodie. You’ve got to ask.’ I actually felt rather annoyed. I didn’t want anything to do with this at all. What did I care about disproving the people were vampires?

Slowly, the door swung open and an old lady, looking rather like a witch was standing in front of us. She had wrinkles all over her face and held a cigarette in her right hand; in her left arm clutched to her chest, she carried a black cat.

‘What the hell do you kids want?’

Uh,’ was all Jodie said. I glanced at her and she seemed just as scared as me and tongue-tied.

‘The chain came off … my bicycle and I wondered if anyone here could help me … put it back on.’

I stared up at the old woman trying to see if she could be a vampire.

‘Don’t be daft! You think I’d be waking Mr O’Brien up at midday? You girls oughta be more quiet. Ringing the bell like that. Who did it?’

‘If Mr O’Brien wakes up with all that door bell ringing he’ll give you a right walloping.’

‘But it’s half past twelve in the afternoon,’ Jodie said.

‘Aren’t you a cheeky one! What business is it of yours? Mr O’Brien is an inventor and he happens to stay up late at night flapping around the house and down in the laboratory.’

‘What d-do you mean, flapping about?’

‘Girly you’ve got a big tongue haven’t you now? And you know what? I’d say you’d be Jodie Thomas, and you–the quiet one–would be Karen Casey.’

‘How could you know that?’ I asked. I was amazed. If she knew who we were maybe she was a witch, maybe she knew why we had come. She stood in the doorway, the smoke curling up from the cigarette in her fingers. She brought the cigarette up to her mouth and sucked on it, then blew a long cloud of smoke from her nose, like a dragon. She wore a dark-brown ankle-length dress, and old-fashioned black leather shoes. The cat began struggling to get free. The old woman took a couple of steps forwards, we moved aside and to our surprise she sat down on the front step. The cat, which I could now see had white socks and a white belly, curled up in her lap.

She bent down and said, ‘We know everything around these parts don’t we Snowball? Snowball want a saucer of milk? Pretty little thing.’ The cat stretched a paw out indifferently and began to purr. ‘I know who you are because I’m a witch!’ And she laughed. ‘And you’d better keep away from this house because it’s haunted.’

‘Fruit bats. They’re nothing to be afraid of.’

‘And old statues broken and fallen over in the bushes like gravestones.’

‘So has the museum.’

Yes. You were the cleaner at my father’s office a couple of years ago.’

‘Sure I was. And now I’m the housekeeper for Mr O’Brien at Darkson House. And no offence, but it’s a better job than working for your father. Trying to clean up after that lot your father works with. Though he was a nice enough man.’ She scratched the cat under the chin, and it stretched its head forward. Mrs Parsons took another drag on her cigarette, then wrinkled her eyes up as she blew out the smoke.

‘Do you think Mr O’Brien would fix my bike? If he’s an inventor … ‘

‘Does Mr O’Brien ever go to the beach, or do any gardening?’

‘Well now it seems you must be employed by the police department. What’s all these questions about? You’ll get yourself into trouble girl if you go through life asking questions.’

‘Dad always says that if you don’t ask questions you’ll never find out the answers.’

The old woman laughed. When her mouth opened up I could see she had no teeth, it looked horrible.

‘How old are you girls?’

‘I wish I was fifteen again with all the boys chasin’ after me. Oh they did! Course I was a pretty little thing then. But now days I’m seventy-two years old. I wish I could live forever. Mr O’Brien’s an inventor and maybe, I keep thinking, he’ll invent a magic drink that’ll make me young again.’

‘L-like a vampire that drinks blood?’ I couldn’t believe I said that. I shuddered.

Mrs Parsons smiled. ‘Exactly! Something that would make me beautiful and young again. Twenty-one years old and I would live forever, never looking a day older. Ahhh.’

I looked closely at her wrinkled face, she looked rather sad. ‘Is that what Mr O’Brien’s inventing?’

‘No. He’s inventing a laster … er a laser, oh a laser thing-a-me-jig. He works all night in the cellar, sleeps in the day, then Friday afternoon he goes down to Sydney to look up books in the Mitchell Library.’

‘Aren’t you scared in this big house by yourself?’

‘Oh a bit, it gives me the creeps, the wind whistling under the doors, the dark rooms, the floor and roof creaking day and night. Some nights I swear I hear footsteps in the hall, but when I open the door there’s no one there. The floor boards are rotten and I’m afraid one night I’ll fall right through into the basement. It’s enough to drive a witch mad.’ She cackled at her own joke and stubbed the cigarette out on the bricks, then flicked it into the dark overgrown shrubs.

Jodie asked: ‘Have you ever seen what Mr O’Brien does in the laboratory?’

‘No, he locks the door. What do I care? It’s the one room I don’t have to clean. For all I know he might keep pet wolves down there.’

‘Girl, you’d be mad! If Mr O’Brien found us looking in his laboratory, he’d kill the lot of us!’

At that moment a loud, deep voice called out from inside Darkson House, echoing down the long hallway. ‘Mrs Parsons! Where are you?’ She sprang up with surprising speed for such an old, thin looking woman. The cat landed on its feet and ran inside.

‘I’ve got to go! You girls vamoose out of here. If Mr O’Brien catches you here he’ll–‘ And she slammed the door.

I didn’t hang around. I walked straight down the steps toward the front gate. We’d been there long enough. When we got back onto the path, I said: ‘At least we know she’s not a vampire.’ But Jodie didn’t answer me.

I turned around and to my horror saw that Jodie had vanished.