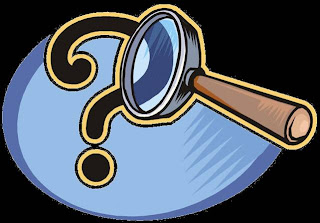 Breathlessly I parked my bike next to Jodie’s and carrying our helmets we went inside. The same policeman we saw on Friday night was behind the enquiry desk. ‘Hello,’ he said, ‘how can I help you?’

‘We’d like to talk to the police officer investigating the counterfeit money.’

‘Right. You need Detective Withers or Sergeant Snowden. Do you have some information?’

‘I’ll call Detective Withers.’ He picked up the phone, pressed some buttons, then spoke softly. When he finished he said to us: ‘He’ll be right out.’ A moment later Detective Withers came out. He was tall and wearing ordinary clothes, long dark trousers that were probably part of a suit, a white shirt with thin stripes, and a tie that had been loosened.

‘Come through to my office.’ Once inside we all introduced ourselves and sat down. The office was just like any other office: a computer on the desk, a printer, a telephone, books along the wall; but no guns, no knives, no murder weapons. ‘All right,’ he said. ‘What have you got to tell me about the counterfeit money?’

Jodie took a deep breath. ‘Yesterday we went down to the bank and spoke to the manager about the counterfeiting.’

‘He did?’ That surprised me.

‘Yes, he told me you were both snooping about asking the staff questions about whether they had ever passed out counterfeit money. Is that right?’

Jodie answered, ‘Um yes, except we weren’t snooping we were investigating. But the manager wasn’t helpful, he acted like he was protecting someone. He said his bank had never given out counterfeit money.’

‘I don’t believe it,’ Jodie said. ‘They gave counterfeit money to my father!’ The detective sighed but said nothing. ‘So when the bank people wouldn’t talk to us we decided to visit the local printers looking for clues.’

Detective Withers put his hand up to his forehead as though we were giving him a headache. I could see he wasn’t pleased. ‘I see,’ he said.

‘First we visited Howard Printers, and finally we went to Artwork Printers where we met Mr Picard.’
Suddenly the detective looked up. ‘The son, or the father?’

Slowly Detective Withers stood up. He was getting more and more concerned.

‘And that,’ said Jodie firmly, ‘is when he gave himself away!

‘What? How did he do that?’ Slowly he sat down again staring at Jodie.

‘Well, we found out that the type of printing machine he’s got can make counterfeit money. The other printers only have old-fashioned machines that can’t even print money.’

He raised his eyes to the roof, as if to say, this girl is crazy.

‘Mr Picard said his son gambles on the horses and . . . needs money.’

‘I need money, but that doesn’t mean I print my own.’

‘I’m sure by the time your father appears in court that he will decide to admit the truth about how he got that money.’

‘But he explained! He sold the car.’

‘We’ve been searching for this Mr Swift. I’m afraid he doesn’t exist. We have asked the bank to check their records, and they told me that absolutely no one withdrew seven thousand one hundred dollars that day. Look girls we’re taking this counterfeiting very seriously and I have placed my three best men on it. So don’t worry if your father really is innocent, we’ll prove it. Did he send you here with this story about the printer?’
‘No, it was our idea. Because Eric Picard gave himself away, he almost admitted he was guilty!’

‘So how did he give himself away?’ Detective Withers sounded exasperated.

‘He told us that you sent us around to question him about the counterfeit money. He knew the exact amount! Seven thousand one hundred dollars!’
‘I see. And you think because he knew that then he must be guilty?’
‘Exactly! Will you arrest him?’

‘No.’ He unfolded the local newspaper sitting on his desk and turned it so we could both read the headlines.
COUNTERFEIT MONEY PASSED AT DAYMAN HEADS

‘If I arrest Eric Picard, I’d also have to arrest everyone else who has read the paper today!’

Jodie’s face fell. She looked like someone had hit her hard. I felt enormously embarrassed. We hadn’t checked our facts properly at all.
‘Do you have any other evidence?’

Jodie answered in a very small voice. ‘No.’

‘Yes, but as I said one hundred dollars was okay. It seems you watch too many Miss Marples movies and want to be amateur detectives. Please leave the investigation to us.’ He sounded irritable.

The detective stood up and both of us walked out through the large office.

They had computers everywhere, and I could see two printers going at once, with long sheets of printed paper coming out. In the corner, a fax machine was making a sort of beeping noise, like a video game. And near the aisle was a high speed photocopier. It was sucking sheets of paper in the top and one second later it spat two sheets back out, one at the top, and one down the bottom. It was all fascinating. I liked the photocopier best, and I stood a moment watching the sheets of paper being drawn in the top, then you’d see a white light flash over the paper and the copy would be done, the pages flipping out the side of the machine.

‘Come on Karen, let’s go home. I goofed this time.’

The desk policeman waved a warm goodbye. I hoped he didn’t know we’d made fools of ourselves. We should have read the newspaper.

When we got out onto the street, it was like walking into a hot steamy bathroom. Suddenly we realized that the police station had been air-conditioned. We put our helmets on feeling embarrassed at our foolishness, and rode off towards home. After a couple of blocks in the sun we were both dripping sweat. The hot air rising from the roadway felt like it was close to fifty degrees. The cars and trucks swished past us blowing fumes in our faces and making us realize just how slow we were.

‘You know what?’ Jodie said as we rode along the edge of the road. ‘I still reckon that Eric Picard is guilty. Why else did he get angry when I asked him about the counterfeit money?’