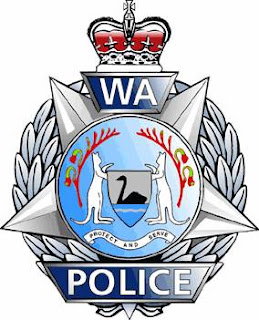 After the beach Jodie and I separated, going to our own homes. I had a sleep for an hour; the ocean and the hot weather had made me drowsy. When I woke, I lay in my bedroom reading about farm animals till about four-thirty.

I helped Mum prepare the dinner; I peeled the potatoes and cut them into chips. Every now and then I looked out the window to see if Mr Thomas’s car had come back from Sydney.

When the dinner was ready Mum and I sat and ate while we talked about the counterfeit money. Mum said she didn’t believe Mr Thomas was guilty, but she hoped someone would solve the mystery quickly. If it went to court, it would be very expensive and worrying for the whole family. ‘You should understand that if it does go to court, Mr Thomas will probably become … nervous, sensitive, and worried.’

‘Yes. I saw that today when Rocco teased Jodie and she became upset.’

‘Karen, I feel sure this whole mystery can be quite easily solved. I think the answer is basically simple.’

‘Yes, but until someone discovers the answer, it will remain a mystery.’

‘I expect,’ she sighed, ‘that the police are doing their best. These things take time. And I guess I’d better get off to work.’

‘Bye Mum. I’m going to see Jodie for an hour or so. I’ll see you in the morning.’

After Mum had gone, I went next door. Jodie let me in but the whole house had a feeling of gloom about it. Even Jodie looked miserable. As I entered her room I caught a glimpse of Mr and Mrs Thomas. They looked like they had just lost a million dollars.
In Jodie’s bedroom I asked softly, ‘Any news from Port Macquarie?’

‘Nothing. Dad won’t even talk about it. This whole business is so depressing. Last week we were all so happy about getting the pool. Now it’s misery street.’

‘Let’s sit on the balcony Jodie, we can probably get a cool breeze now the sun has set.’

On the veranda we sat in the long shadows, but the air was still hot and sticky without any breeze. Little trickles of sweat dripped off my arms and back.
‘Let’s try and think of something to do tomorrow. Maybe we could go to the movies or—‘

Just at that moment a police car pulled up in front of our house. The door opened, a policeman got out without his hat, and came up to the front door. Jodie and I sat on the balcony in the semi-darkness, puzzled. We heard the doorbell ring, then her dad’s footsteps going downstairs.
‘Good evening Mr Thomas. How are you David?’
‘Fine. Would … you like to come inside, Martin? Is this official business or—‘

‘David, let’s just stand here. I’ve known you for a few years now. I don’t know what’s going on with this counterfeit money business but I’ve got to get to the bottom of it quickly.’

‘I’ll help all I can,’ Mr Thomas said. We could hear every word clearly without trying. Neither of us deliberately eavesdropped, we just sat there spellbound as the policeman talked to Jodie’s father, about one metre below our feet.

‘I want to ask you some questions. This isn’t an official interview yet. Let’s just say I’m off-duty and talking to you as a friend. When we go to the police station, you’ll know that it is official.’

‘Right. I appreciate that, now what can I help you with?’

‘Where were you today, David?’

‘Um … I went to Port Macquarie. I left here about eight thirty and …I forget when I got down there.’

‘The reason I ask is this: we had a report from Coffs Harbour police that a man, identifying himself as David Thomas, bought a car at Coffs Harbour from a dealer. He had the car re-registered in his name, took it to another car yard and sold it for eight thousand dollars, although he had just paid ten thousand for it.’

‘What! This is madness!’

‘Were you in Coffs Harbour today?’

‘Y-yes. But only for a little while.’

‘You say you went to Port Macquarie?’

‘Umm yes. I stopped for a while in Coffs Harbour—it’s on zzz the way—and had something to eat. I think I bought petrol.’
‘What did you do in Port Macquarie?’

‘I went to the car yard where my Ford Falcon was. They said that I sold it to them. I didn’t sell it to them; it must have been Mr Swift. But they said they’d never heard of him.’

‘How long were you in Coffs Harbour?’

‘What time were you there?’

‘Oh about nine o’clock. No, wait—it was probably about ten o’clock. Hang on! Yes it was half past three … I think.’

Mr Thomas was beginning to sound very nervous. His voice rising higher in pitch, and sometimes he was almost stuttering. Sitting above his head we sat as though paralysed, listening to every word, and growing more and more afraid for him.

‘What did you do there? Where did you go?’

‘The one … I don’t know the name—near the caravan park.’

‘Then you would have seen the name of the caravan park?’

‘Did you go anywhere else?’

‘Uh, sure I walked around the mall for an hour.’

‘Fine. What time was that?’

‘Can you describe the shops that you saw in the mall—or any activities that could prove you were there?’

‘Did I say an hour? Couldn’t have been. I think I left there at three, so maybe it was only five minutes.’

‘David, your story sounds very weak and confused. The man who bought the car said he was David Thomas. He produced identification to prove it. I’ll read you the description that the car dealer gave of the man who passed the counterfeit money. He described the man as: “Tall, about 180 centimetres, balding on the front, about forty years old, wearing a pale blue long-sleeved shirt, with the sleeves rolled up just past the wrists.” Would you say that description fits you?’

‘Yes it does. Exactly. I’m wearing a pale blue shirt now. I often wear one. And you say he … this person who bought the car said he was David Thomas?’

‘Yes. He told them he was Mr David Thomas from Dayman Heads, living at number 5 Ruth Street. He then produced an I.D. with a photo on it that matched. The car yard drove him to the bank, and watched him withdraw the money from the teller. Later that day, when they went to deposit the money, the second bank said it was counterfeit.’

‘David, it appears that you are that person. You are the man passing the counterfeit money.’

‘But I-I was at the mall … or Port Macquarie. Target! I went to the Target shopping Centre at Coffs Harbour.’

‘Fine. What time? What did you see there?’

‘Did you buy anything or talk to anyone?’

‘I can’t remember anything. I might have bought an ice cream.’

‘David, there is one more piece of evidence against you.’

‘This is the strongest evidence of all against you. If you choose to you do not have to answer. We have examined the counterfeit money and we know how it was made.’

‘It was made on a colour photocopying machine.’

‘There is only one known colour photocopier in Dayman Heads. The one at your office.’

‘Is that right? But how do you know about our—‘

‘We have made enquiries with the manufacturers. They are very expensive and they know where and to whom they are sold.’
‘But surely there could be others?’

‘It doesn’t seem so. Do you know of any? Only a business would have one. And you’ve been working back late at the office recently?’

‘The cleaner was there the other night. He saw you standing in front of the colour photocopier, it was operating because he saw the light. In your hand he said you held a hundred-dollar note, but when he spoke, you acted like you were in a dream, paying no attention to him. The cleaner thought you were photocopying money. You know that is illegal, don’t you, David?’

‘Y-yes. I just wanted to see … if that’s how … the counterfeiter was making it. I w-wanted to see if it was p-possible to photocopy m-money that way.’

‘What did you do with the counterfeit money that you made?’

‘You are quite sure?’

‘Well David, tomorrow I’d like you to report to the police station and we’ll go over all this again officially. We will also need to go to your office and conduct some tests on the colour photocopier.’
‘You think I’m guilty?’

‘It hardly matters what I think, David. I’m just doing my job. I have to collect evidence and right now the evidence against you looks pretty heavy. If you are guilty, David, it would be best if you confessed to me right now. Don’t drag it out, because sooner or later we’ll find the culprit. I’ll ask you again. David Thomas, are you the counterfeiter?’

There was a long silence, my mind was paralysed with fear, waiting to hear his answer. Jodie seized my hand tightly as though she had fallen off a bridge and it was her only grip on life.

‘Then you need the best lawyer you can find David. The best, no matter how much they cost. Sell your house to pay him if you have to. The case against you is substantial, nevertheless we will continue with our enquiries. Goodnight.’

When the police car drove off her father went upstairs, slowly like an old man who carried a terrible burden. Jodie sat in the chair without speaking. I heard her mother say, ‘Who was that at the front door, David?’

When we passed back into the house and I went down the stairs I glimpsed her white face. She looked like she had just realized her father was the counterfeiter.