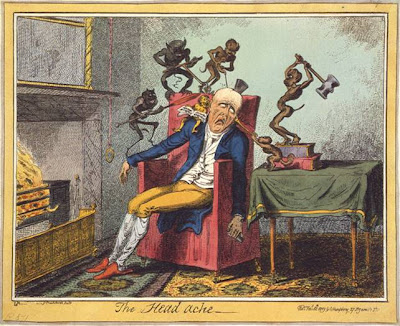 The next morning, after a breakfast of Weet-Bix, fried egg, orange juice, toast with dark plum jam, followed by a glass of milk, I went next door to see Jodie. The first thing I noticed was her father’s car was still in the driveway although it was eight-thirty. Jodie was miserable. She was starting to fret, and looked like she hadn’t slept much. ‘Dad didn’t go to work today,’ she explained, ‘he has a bad migraine headache. He has to lie down in a dark room all day.’

Mrs Thomas was creeping about the house as quietly as she could. She also looked unwell, with dark semi-circles under her red-looking eyes. When I went into Jodie’s bedroom, I found that it was even more junked-up than usual. But this time, there was the local newspaper lying near her bed. Jodie saw me looking and said, ‘You may as well read it.’
COUNTERFEIT MONEY CAUSES PANIC

“Over the past week, two lots of counterfeit money has been passed in Dayman Heads district. Amounts of eight thousand dollars and seven thousand one hundred dollars were recently passed.

The fake money in one hundred dollar notes, has Mrs Narda worried. She said, “You just don’t know where this monster counterfeiter will strike again. He doesn’t realize that the person who accepts counterfeit money has to give it to the police. So if a person accepts a one hundred-dollar note for a pair of shoes, then discovers it is counterfeit, they are one hundred dollars out of pocket.”

Mr Narda was furious that more was not being done to stop the counterfeiter. She said, “The police have a suspect, a local man, but they let him out on bail, and now more counterfeit money has been passed. He should be locked up for good! He’s a disgrace to our town. I demand that the police arrest him immediately before he destroys any more businesses.”

The mayor, Mr Goldie, said the police were doing everything they could. He reminded people to check their money before they accepted it. Once the counterfeit money gets into general circulation it passes from one person to the next until it is realized it is counterfeit. Then it must be handed over to the police, or that person can be prosecuted.

If you are given counterfeit money and you use it as genuine money, then you are also breaking the law.

Mr Goldie said, “This counterfeit money is causing unemployment, people are afraid to handle any money at all. The shop keepers are checking money before accepting it—and tourists no longer stop at Dayman Heads, but drive to Murwillumbah before stopping.”

Sergeant Martin Snowden said that a local man, David Thomas, will be in court on Monday morning to face serious charges of producing and passing large amounts of counterfeit money. He said that the police have a very strong case against Mr Thomas.”

I sat there on the bed feeling quite stunned. No wonder Jodie and her parents felt miserable. Everyone was blaming Mr Thomas and even saying he was responsible for the unemployment which has been a problem for three years.

‘Karen, do you think my father might really be guilty?’ Jodie’s voice was almost breaking down into tears.

‘There’s a lot of evidence against him. He’s even confessed to actually making one counterfeit note. But I don’t believe he’s guilty—not at all!’

‘Are you just saying that because he’s my dad and you don’t want to hurt my feelings? Isn’t it possible that he is the counterfeiter?’

‘Possible? I guess anything is possible. It’s possible that my mother is the counterfeiter. She could be making the money at night. I know your dad, he’s an honest person. Remember last year when he bought that pair of socks?’

‘Sure. They accidentally gave him two pairs, so he went all the way back to the shop to return the extra pair.’

‘I figure the person making the counterfeit money is a lazy person—someone who wants something for nothing, someone dishonest. Your father is always working at the office or at home. The person I suspect would be more like that young printer who gambled all his money away. Remember? What was his name?’

‘Eric Picard. Then you don’t suspect my dad?’

‘But how do you explain all this evidence against him?’

I could hear a deep sort of constant rumbling sound, not so much like a car—more like a heavy truck.

On the balcony we could see the reason for the noise. There was a queue of cars, crawling along our street one behind the other. ‘There must be an accident somewhere,’ I said. ‘They must have blocked off some of the streets.’ But just as I was about to wander back inside with Jodie I noticed the people in the cars were staring at her house, gawking like it was on fire.

As each car went past, all the heads would turn and stare. The cars were driving up our street on purpose—to look at Jodie’s house! One car, as it drew level with us, stopped. The driver leaned his head out the window and yelled at us: ‘Counterfeiters! Scum! You people are destroying my business! No one stops at my shop now! I’ve got a family to feed!’ Then he drove off. We sat there amazed, not understanding how these people had found out where Mr Thomas lived.

‘It’s a small town. The paper gave my dad’s name—I suppose they got the address from the phone book.’

Another car slowed, a burly woman put her head out the window. ‘Hey you counterfeiters! My husband has been out of work for two years because of you lot!’

The car sped up and drove on, but another car came along slowly—then as it drew level we saw kids about five or six years old in the back and the mother yelling to them and pointing out the window. ‘That’s the counterfeiter’s house! Look up there on the veranda—there’s two of them!’ And all the kids gawked at us with open mouths.

We closed the door and went back toward Jodie’s bedroom. Her father called out: ‘Jodie, is that you?’

She stood outside his bedroom door. ‘Yes Dad.’

‘Come in.’ She opened the door and half went into the room. Mr Thomas was lying on his back with a wet towel across his forehead. The room was three-quarters dark. ‘What is all that noise in the street? I keep thinking I hear trucks.’

‘Cars? What do you mean? Listen. There must be dozens of them. What do they want? And I can hear yelling. What’s going on out there?’ He was trying to sit up, but winced in pain, clutching at his eyes.

‘It’s the road, Mr Thomas,’ I lied. ‘They blocked off the road down at Farren Street to do some sewerage works, and all the cars are diverted up our street.’
‘But the yelling?’

‘Oh, some people are getting lost and asking the neighbours for directions.’

‘Fine. Nothing to worry about. Maybe I can get some sleep. Thanks girls.’ Jodie shut the door. When I looked into her eyes there were tears in them. Not gushing tears, just little tears.

‘Thanks, Karen,’ she whispered. ‘That was a kind thing to do … at least he might be able to rest a little now. I might put some soft music on—so it covers the sound of the cars.’

‘Oh just something to do. I need to get away from all these weird people in the street.’

‘All right, it would be better if we got out for a couple of hours. I’ll tell Mum.’

At the shopping centre there was not exactly panic, as the paper suggested. The only thing different was that everyone was inspecting their money carefully, turning it over and holding it up to the light as if it was a rare butterfly. But there was little to do at the shops. We had no money—and it was hard to look at clothes, books, or CDs when we had all this trouble rumbling in toward us like an approaching cyclone.

As we left the shopping Centre and put our helmets on we saw a car parked outside the bank. A white Volvo. ‘That looks like your dad’s car.’

‘It couldn’t be, Karen. He’s still got that migraine—they last for two days when he gets them.’

But as we got closer we both saw that it did look exactly like Mr Thomas’s car. And then, almost running out of the bank came Mr Thomas wearing dark glasses and a straw hat pulled down hard over his head. Jodie and I stood staring at him, by this time he was only eight metres away. But he wasn’t looking at us. He got into the car and quickly drove off—actually spinning the wheels in the car park as if he were an escaping bank robber. Everyone stared at his car. But before it had got out of the car park two men came running from the bank. One pointed to Mr Thomas in the car. ‘